Philippe Seyll in conversation with Börsen-Zeitung 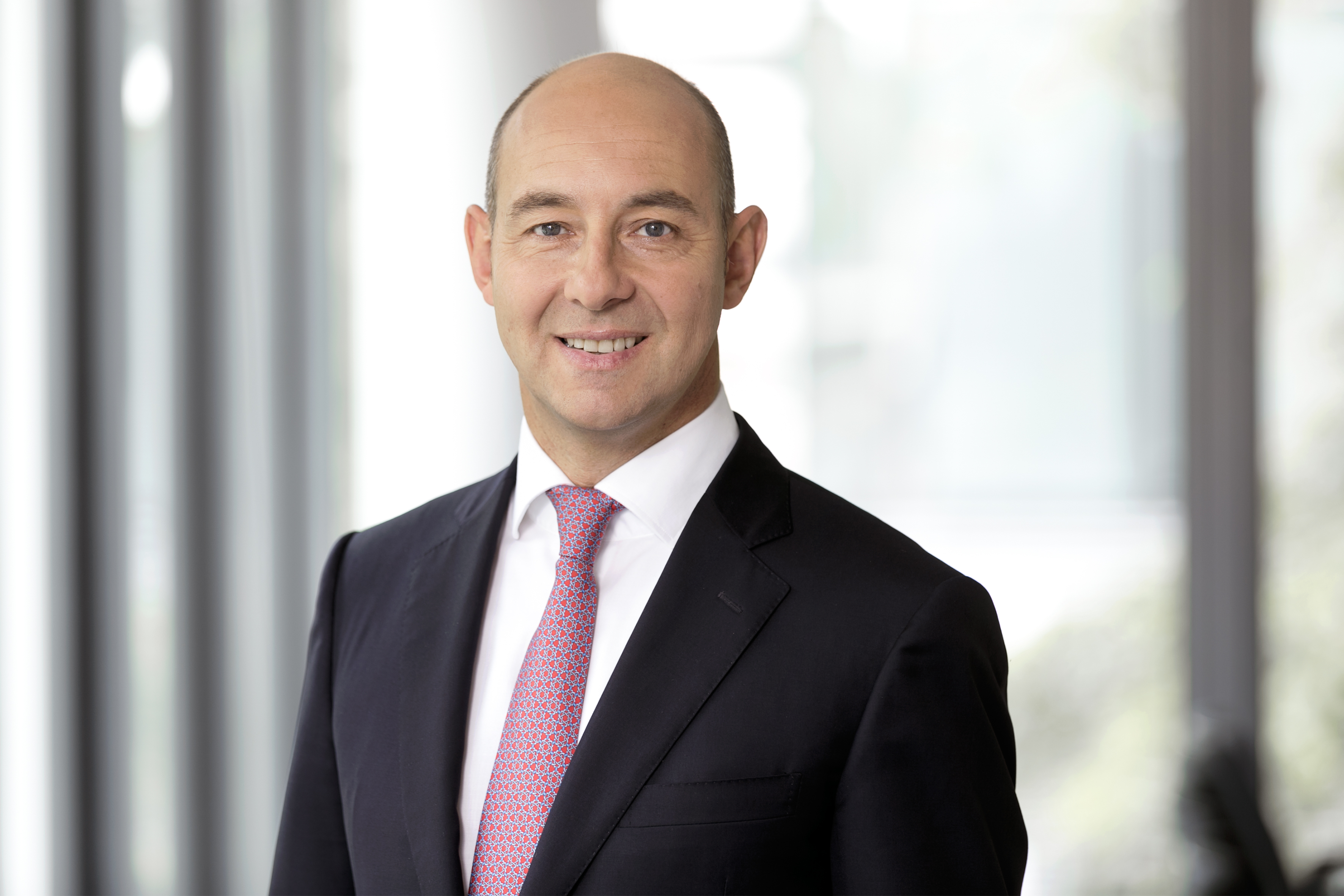 The central securities depository Clearstream is maintaining its GFF brand identity, in which the global funding and financing business is combined, says Clearstream Banking S.A. CEO Philippe Seyll in a conversation with Börsen-Zeitung. The question had arisen in the market whether the nearly three-year-old brand would be discarded again due to the new alignment of responsibilities on the Executive Board of Deutsche Börse.

Jeffrey Tessler, the Executive Board member responsible for Clearstream until June of last year, had also assumed responsibility for Eurex in the newly created Clients, Products & Core Markets division. Seyll explains: “We analysed where it made sense for the various areas to work more closely together. The focus here was on securities financing and funding.” Today, Stephan Leithner is responsible on the Executive Board for Post-Trading – which includes Clearstream – and for the Data and Index business, while Thomas Book holds responsibility for the derivatives exchange Eurex.

Seyll stresses that Deutsche Börse’s comprehensive portfolio – from initial public offering (IPO) and trading to clearing, custody and collateral management – is unique. “As a result, we can overarchingly manage business areas that are a strategic fit for one another and, for example, continue to jointly coordinate between the two areas securities financing and funding,” says the Clearstream executive. The GFF brand encompasses a broad range of services, be they exchange-traded, over-the-counter, uncleared or cleared financing transactions or securities lending and repurchase transactions.

Seyll anticipates “moderate to solid growth” in the Clearstream business for 2019. Clearstream is also targeting acquisitions in the investment fund sector, which Seyll says have to make strategic sense. He explains that Clearstream is only “marginally” affected by Brexit, adding that the company is observing the negotiations very closely so as to enable its customers a smooth continuation of their business following Brexit.

According to Seyll, the biggest growth drivers are the fund services and bank services businesses, in other words securities custody. The European securities platform T2S is also providing growth stimuli. “We act as an investor CSD. That’s to say we offer settlement in central bank money in all T2S markets and continue to build the network,” says Seyll. The Clearstream CEO says the aim is to connect all euro markets and to serve as a central access point for all T2S markets for customers. However, he adds, it will take some time before all the markets are connected. The share of cross-border T2S transactions remains very small, explains Seyll, who has a degree in engineering.

Buy-in as a driver of revenue

He says the obligatory buy-in process could have a positive impact on Clearstream’s business. The European Central Securities Depositories Regulation (CSDR) prescribes a compulsory buy-in by the central securities depository in the event of non-delivery of securities. “This results in changing credit positions, and greater precautions are required in the market to ensure that securities can actually be delivered,” says Seyll. Here Clearstream would be utilised as a lender.

With regard to the European Central Bank (ECB) initiative to supplement payment and settlement services in the inter-bank market with a European Collateral Management System (ECMS), Seyll says the main goal here is to level the playing field for securities transactions by the European central banks.

The ECB has also aired plans to establish a European distribution mechanism for debt instruments (EDDI). However, these plans have met with scepticism on the part of market participants especially in Germany. Seyll, too, remains guarded here: “We advocate harmonisation projects. First, however, the scope of responsibilities must be clearly defined and all market participants must be able to address their concerns.” Seyll notes that Clearstream already offers a connection to the T2S markets through its OneClearstream solution. “The market must decide this, along with the corporate treasury departments.”

Another important point for Seyll is improved mobilisation of collateral – not just in Europe but also between the United States and Europe. This development is being driven by regulatory conditions, such as with regard to the deposition of securities in derivatives transactions. Seyll points out there is increasing demand for securities here. “Ultimately we want bank A in the United States to be able to exchange securities with a bank B in the eurozone,” explains Seyll.

Clearstream is focusing on a new solution in the cross-border mobilisation of securities: a blockchain platform developed together with fintech HQLAx. “The aim is to enable access to individual niches with difficult-to-mobilise collateral,” Seyll explains. He says the problem today is that the five major collateral management providers – Clearstream, Euroclear, J.P. Morgan, BNP Paribas and BNY Mellon – use different systems. “These global collateral managers – including us – have difficulty linking with one another,” notes Seyll. The Clearstream CEO says the advantage of HQLAx is that securities held in custody in different places are tokenised and can be exchanged in this digital form without having to be moved in the depositories.

“Atomic settlement” could become established through the use of the distributed ledger technology, DLT. This refers to settlement that is immediately completed and recorded in a legally secure manner – and is thus indivisible (atom means “indivisible” in Greek). This could allow digital securities to enter the market – in other words a new class of securities that contain separate rights and are not just a copy of existing securities.