Dubai’s World Trade Centre saw close to record attendee numbers (and temperature) at the SWIFT’s 35th International Banking Operations Seminar (Sibos). With over 7,400 attendees, Sibos is the world’s largest banking and finance conference and has been the key event in the post-trade industry for many years in locations worldwide. This year again, SWIFT again assembled senior industry decision makers to share views on key topics. 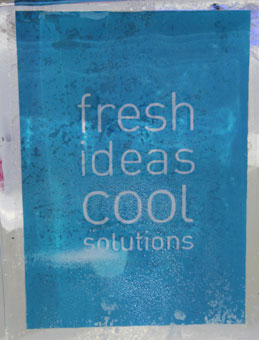 Clearstream always plays a prominent role at Sibos as key participant and exhibitor, panel speaker and debater. This year’s Clearstream theme, “fresh ideas, cool solutions” focussed on its positioning as thought leader and initiator of innovative products and services, be it helping to shape the future TARGET2-Securities (T2S) landscape with the centralised European settlement platform that will go live in 2015, or innovating for collateral optimisation solutions.

Six Clearstream speakers offered analysis and fresh views on major infrastructure projects such as T2S, the regulatory agenda and messaging standardisation. T2S in particular took central stage, with Clearstream helping to shift the debate from if T2S will go ahead (which at Sibos Osaka in 2012 had still been debated) to how it will be implemented and how the market can best prepare. New research carried out by PwC, commissioned by Clearstream, revealed new advantages through T2S for participants such as helping banks better meet regulatory capital requirements as part of Basel III.

In his panel session, Chief Operating Office and Executive Board member Mathias Papenfuß suggested regulation affected different businesses in different ways – it was not always a matter of “large” versus “small”, but rather those who capitalise on opportunities as a result of regulation versus those who were perhaps less agile.

On a panel about T2S, Head of Business Management and Strategy and Executive Board member Mark Gem outlines Clearstream’s approach to T2S and sketched out the ways in which market participants may adapt their business models to suit (or leverage) the future T2S landscape.

Speaking at the European Central Bank’s exhibition stand, Clearstream’s T2S role as thought leader was illustrated by Clearstream Executive Martina Gruber as she offered expertise and advice to participants on preparing for T2S. Clearstream's Sean Chinnock, Senior Executive Financial IT service, also shared expertise and ideas with Sibos delegates, this time regarding how to leverage the Single Euro Payments Area (SEPA) for Euro payments outside Europe.

Coupled with small Clearstream Sibos giveaways to help delegates cool off in the Dubai heat, Clearstream was happy to play a part in sharing fresh and innovative ideas with the rest of the industry: all as food for thought and debate for the coming months running up for the next Sibos session – in Boston in 2014. 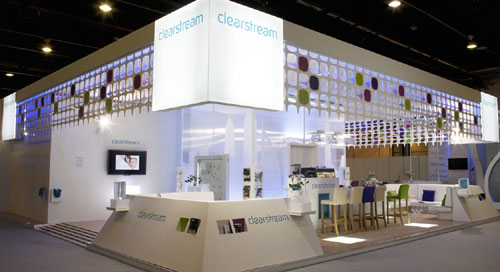