Partnerships are the key to the future 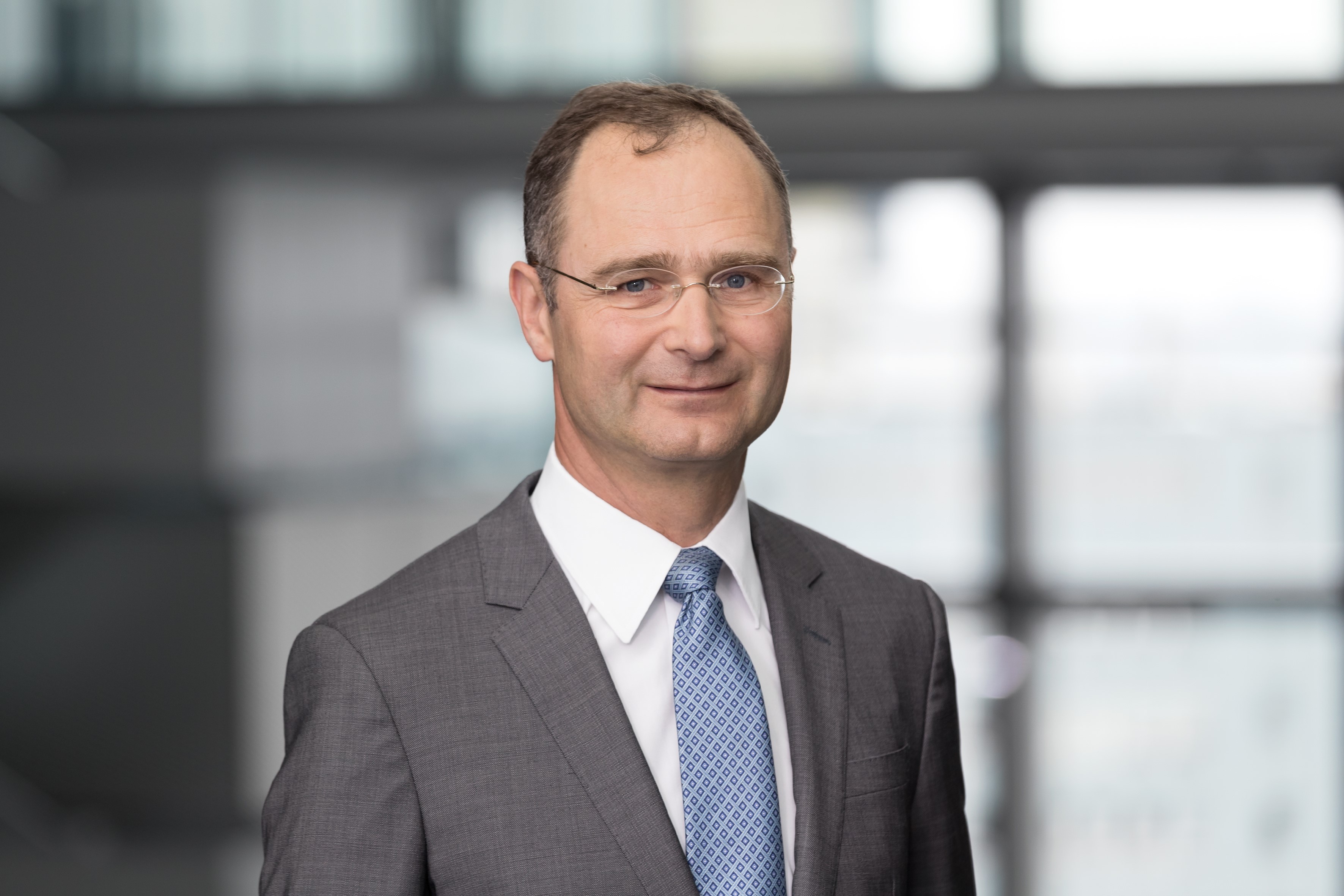 Stephan Leithner, Member of the Executive Board of Deutsche Börse AG, responsible for Post-Trading, Data & Index and Clearstream Chairman.

In Deutsche Börse Group’s post-trading activities, Luxembourg-based Clearstream plays a key role in the global business. Specifically, this involves the settlement and custody of securities as well as the business with investment funds. The basis for this is Luxembourg’s long-term positioning as a location for innovation. Nearly 50 years ago, it also formed the basis for establishing Cedel, the forerunner to Clearstream, as a partnership of 66 financial institutions. Today’s market environment is currently defined by challenges such as digitalisation, economic change and geopolitical uncertainty. However, thanks to its innovative strength and quality as a location for strong partnerships, Luxembourg will remain an attractive financial centre for investments – for Deutsche Börse and other key stakeholders.

Trust, and acting in partnership, have always been fundamental requirements for functioning markets. This holds true in particular for the financial markets. Market participants need to have a common understanding of the applicable standards and must be able to rely on them in order for long-term value-creating trade relations to be established for all parties involved. Here at Deutsche Börse and at our subsidiaries, I am – and we are – firmly convinced of these values. It was precisely this conviction that led to the creation of Cedel in 1970, Clearstream’s predecessor. The objective at the time was to create uniform international standards for cross-border securities trading.

A partnership approach is more important than ever today. Brexit and international trade wars are undermining the concept of a free global economy. Geopolitical shifts in the balance of power have reshuffled the cards in the Concert of Powers, and new disruptive technologies are in the process of completely redefining entire economic sectors. The current economic, political and technological turbulences represent huge challenges for both companies and countries. Given the global dimensions of these challenges, they can hardly be tackled alone any longer.

The example of Luxembourg demonstrates how valuable cooperation can be in the face of these challenges. Thanks to the close, trusting cooperation between market participants, politicians, regulators and infrastructure providers such as Clearstream, the Luxembourg financial centre could quickly outpace the 2008 financial crisis. Despite the variety of economic and political uncertainty, Luxembourg is nowadays one of the leading global locations for the business with investment funds. Clearstream is one of the leading infrastructure providers in the area, and an important driver of the thriving Luxembourg financial centre.

The spirit of partnership is firmly enshrined in our DNA and corporate strategy and defines our actions at all levels – also when responding to the opportunities and challenges presented by digitisation. Digital change has left no stone standing, especially in a sector such as the financial industry that has always been information-intensive.

Distributed-ledger technology (DLT), which is often simply equated to blockchain, is a ground-breaking technology that will further shape the financial sector. As a technology, DLT in particular promises more transparency and security in the market and has the potential to harmonise platforms across borders in certain areas. Furthermore, the digitisation of assets fundamentally broadens the investment universe. Financial institutions worldwide are therefore working on specific applications to realise the much-invoked potential of DLT.

And as is so often the case, this is when the actual challenges emerge, since new technologies are never implemented in a vacuum. The financial sector in particular is characterised by a high degree of regulation and complex technical infrastructure. Here, too, the key to success lies in appropriate institutional conditions and a partnership approach, as well as in the collaborative interaction between the “new” and the “old” world. Specifically, blockchain and market concepts based on tokenised assets will need to have the correct legal framework in place – Luxembourg has already acted swiftly on this.

In addition, however, this requires an environment that allows the innovative strength and agility of start-ups and fintechs to develop. In order to integrate a new technology in the highly regulated and complex infrastructures of the global financial markets, it is necessary to develop partnerships with established institutions that have stable, functioning systems and the necessary expertise in the development, integration and regulatory-compliant operation of complex technologies – and which have gained the market’s confidence in doing so. Luxembourg delivers precisely this combination.

A very good example of the cooperation between a start-up and an established financial institution, where both parties’ strengths complement each other perfectly, is our cooperation with the Luxembourg fintech HQLAx. Together with HQLAx, which specialises in providing solutions for liquidity and collateral management on the international securities lending and repo markets, Deutsche Börse has developed an innovative model based on the distributed-ledger technology for collateral swaps in securities lending. Unlike conventional settlement, tokens instead of securities are transferred between the custody accounts on the new platform. This model offers market participants more efficient liquidity management, thanks to the increased mobility of collateral between different systems and locations.

At the end of September, HQLAx successfully demonstrated its practicality by executing simulated transactions for several international banks such as Commerzbank and ING. Clearstream will operate as one of several custodians within the scope of the partnership. Deutsche Börse itself will be connected as a trusted third party between the custodians and the blockchain technology. The platform is expected to be launched officially this year.

Not to be taken for granted

Successful projects such as these cannot be taken for granted. It is therefore not a coincidence that HQLAx is based in Luxembourg. Besides Frankfurt, London and Paris, Luxembourg is one of the EU’s most innovative financial centres and today features a dynamic ecosystem comprising established financial institutions and young fintechs that work closely together as well as with stakeholders from the worlds of politics and science. The Grand Duchy of Luxembourg is a pioneer as far as modern regulatory frameworks are concerned. It was, for example, one of the first countries to issue regulatory requirements for the use of distributed ledger technology.

Germany’s federal government is also taking great strides here and will create a corresponding framework with its blockchain strategy that it announced recently. The Luxembourg government is also targeting investments in initiatives for promoting start-ups, such as the Luxembourg House of Financial Technology (LHoFT). This start-up incubator, whose support also benefits HQLAx, promotes the development of innovative technologies in the financial sector along the same lines as our Deutsche Börse Fintech Hub in Frankfurt. It is not without good reason that Clearstream is also one of the founding partners of LHoFT.

LHoFT, our cooperation with HQLAx and above all Clearstream’s 50th anniversary next year not only symbolise the close relationship between Deutsche Börse and the Luxembourg financial centre, but also the long-standing partnership between Germany and the Grand Duchy of Luxembourg. Relationships based on partnerships such as these ought to set an example, especially in these turbulent and uncertain times. After all, we cannot respond to an increasingly complex world by withdrawing and shutting ourselves off.

Globalisation and digitalisation have created extremely independent markets that do not recognise any national borders and therefore need to be structured in a common and universal manner. Infrastructure providers are particularly important in this context. By guaranteeing secure and transparent markets, we foster confidence that in turn forms the basis for all forms of cooperation. We have therefore not only enshrined the principle of partnership at Deutsche Börse in our own enterprises, but promote it in the market, too. This is due to our conviction that cooperation is vital in forging our way to a sustainable, successful future.