You might know that Clearstream’s predecessor Cedel was founded by several banks in 1970, which is why we’re celebrating our 50th anniversary this year. But did you know that it also took more than said company, Cedel, to form the organisation that we are today?

In 2000, Cedel International S.A. merged with Frankfurt-based Deutsche Börse Clearing AG to form Clearstream, a new provider of settlement services for national and international securities transactions and the custody of securities. 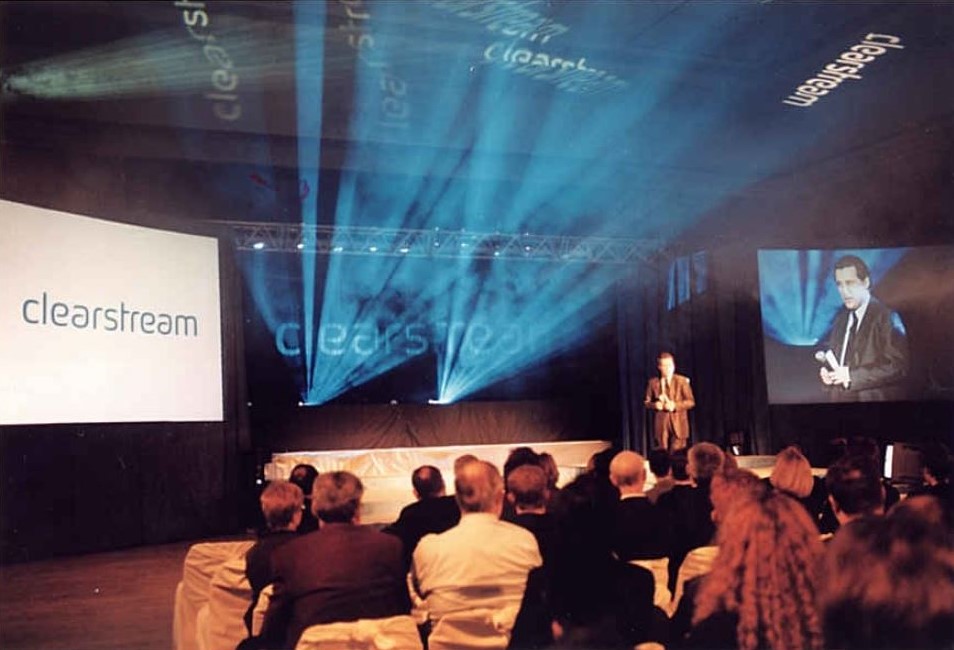 Unveiling the new name Clearstream back in 2000

So, let’s hear the Frankfurt story!

We asked employees to tell us about the German side of the Clearstream journey:

Berthold Kracke, CEO of Clearstream Banking AG, took us back to the very beginning: “Our oldest ancestor, Frankfurter Kassenverein – the Frankfurt securities depository –, was originally founded on 12 July 1949 as a stock corporation, meaning that each of its shareholders received part ownership through their shares of stock, which is still a key concept for Deutsche Börse AG today! Importantly, one of its foremost tasks was the settlement and clearance of securities which brought a level of financial stability to the economy after the disruption of the war years.”

Patricia Preusser, Settlement Functionality, continued the story: “Clearstream’s history as a CSD for all of Germany is also connected to Frankfurt with the formation of Deutscher Kassenverein AG, or DKV. DKV was formed in 1989 when the securities clearing and deposit banks and the central securities depositories of the regional stock exchanges in Berlin, Dusseldorf, Frankfurt, Hamburg, Hanover, Munich, and Stuttgart merged. Then, in 1996, the Auslandskassenverein (AKV), which already acted as a clearing and settlement agent and a gateway for German banks to various foreign depositories including Clearstream’s forerunner Cedel, merged with DKV. A year later, in 1997, DKV was then reorganised as Deutsche Börse Clearing AG.”

Arienne Edwards, Global RM, Sales & Client Services, attended the post-merger reveal of the Clearstream name to Frankfurt staff at the Palmengarten in January 2000: “I remember a waterfall was shown in the presentation and then the name Clearstream was projected onto the flowing water. This was a very direct way to convey the name as embodying the smooth running of processes and clarity of information. It was an exciting day, not least because I had agreed to stand up on stage and talk about my first impressions without any preparation time!”

At Clearstream, we’re always striving to better serve our customers and to contibute to a more stable, harmonised and efficient market infrastructure. This merger of our Luxembourg and German predecessors represents a key milestone on our 50-year journey.